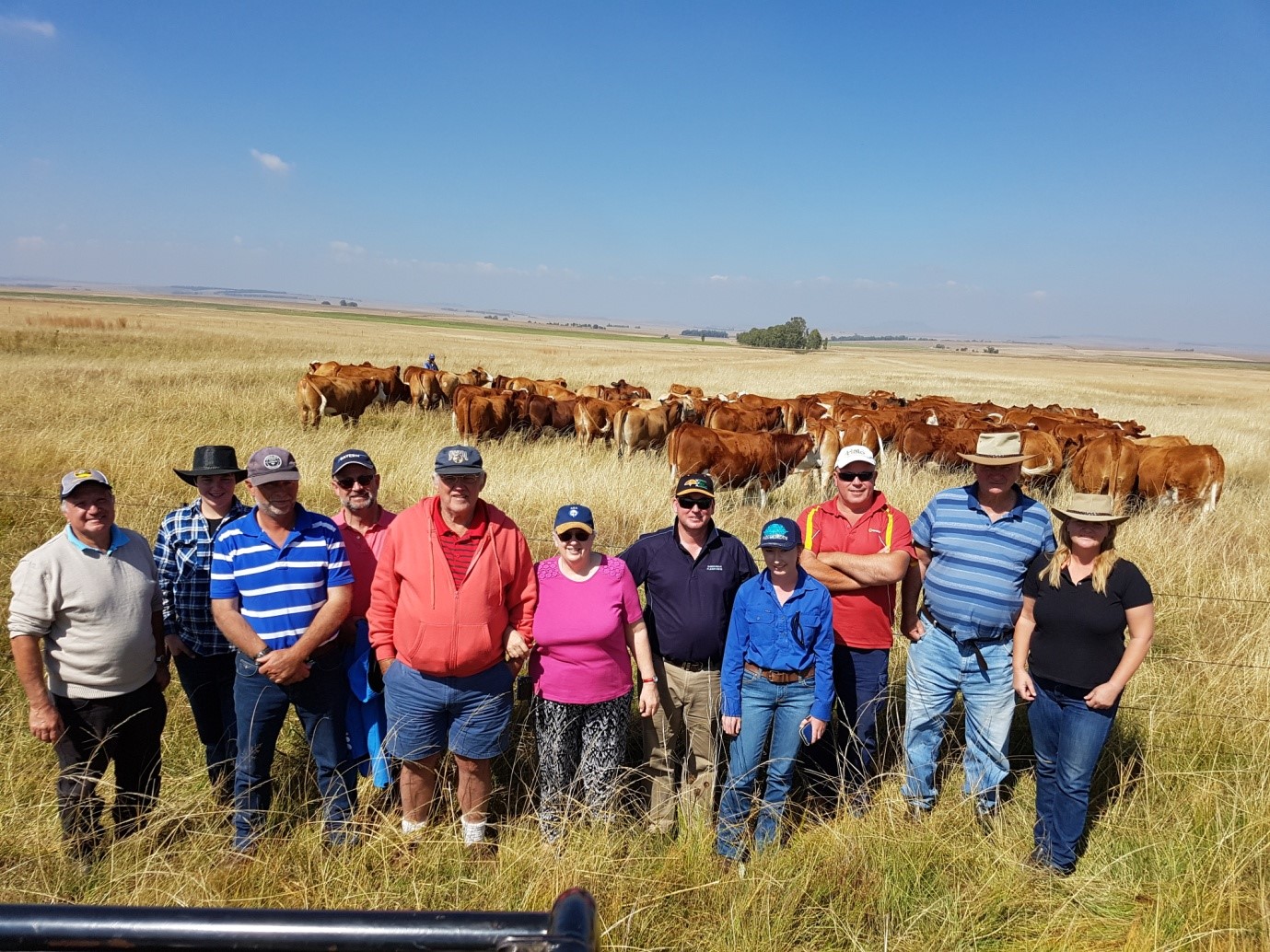 Fleckvieh breeders from Australia including Bruce and Maddie McColl were invited to South Africa to attend the National Simmentaler Show. This is the biggest showing of Fleckvieh cattle in South Africa (and probably the world) and commonly attracts around 1000 head of Fleckviehs! As well as this there were also tours of well known South African studs including Wisp-Will and Kykso and also general sightseeing. It was the trip of a lifetime to those that were able to go.

Feel free to contact us if you are looking for high quality Fleckvieh-Simmental bulls and females.